Today we started the commercial build-up of the new Yogiboost store at the Boulevard Galleria in Kristianstad, Sweden. It will be the 6th Yogiboost store, the first one in Kristianstad a mid size city located in the north east part of the province of Skåne. Thegoodpeople have been involved in all of the Yogiboost openings since the first store opened 2013 at Emporia in Malmö, Sweden. The Boulevard Galleria is a mall in a city location and is owned by Sten & Ström. The grand opening is set to 26th of March 2015. 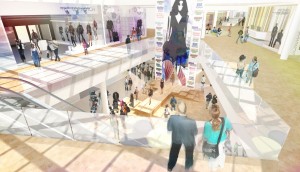