Competitor monitoring is not like it used to be. Back in the good old days – a competitor was a retailer who sold the same kind of products with a similar price, service and location. Joe’s Sports vs Harry’s! Kind of. Nowadays, competition is not as easy to identify.

More retailers are selling products outside of their chore segment, thus meeting competition from non-traditional actors. The competitive situation and landscape has changed. Did you change with it?

I would like to give examples from two retail categories:

During a 10 years period until close to the time before the financial crisis in 2008, we could see an increase of interest within home furnishing. It was most likely because people were buying and selling their properties like never before. Even within the lower income class speculation was popular. Construction was on a record high but people were also upgrading their current standards while selling the old property with a good profit. At the same time credit was cheap and readily available and luxury had become accessible for more people than historically before.

When people move new needs are created. Old furniture are thrown away, replaced with new better looking and more modern versions. Even relatively new kitchens are replaced by shiny glossy models combined with expensive appliances. With new techniques it was now possible to combine female and male needs and the fat TV was replaced with a slimmer version. The old ugly fat TV was thrown out like if it was still an old black-and-white version.

The retailers discovered this over time. There was money to be made. And rumors claimed that the margins were good within home furnishing. What is a good margin differs within different categories and branches. Hypermarkets chains like Walmart, Carrefour and Auchan started to selling more home products than before. Some of them even sold kitchens. They were aiming for the better margins they could not achieve through the grocery lines. At the same time China had become member of the WTO and was now the preferred supplier to both Europe and USA.

Another category with fantastic sales growth was the DIY – Do-It-Yourself or Home Improvement retailers. They were aiming towards home owners, reforming the new, or the existing home and while the customers were in the building they thought they might as well sell them some new home product categories. To attract women companies like Lowe’s, B&Q and Leroy Merlin improved their image to a more feminine and family oriented approach. British B&Q introduced room settings to show their new product line of living room furniture while French Leroy Merlin offered new style groups for window decoration. 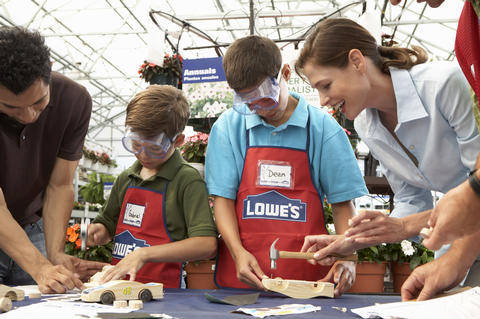 At the same time commercial TV stations were running reality shows where you could win a “complete home make-over”. But the real winners were retailers who could cater for the increased interest of home improvement.

What really happened was that new home furnishing categories were introduced and sold together with hard ware and groceries. With this development – new competition was created as boarders were crossed. And simultaneously with this development came E-commerce, but that’s another story.

I have to admit that I don’t have as much professional knowledge of sport and leisure as of the home furnishing industry. What I am about to tell you is based on my own observations as a customer, what I have read from other interesting experts within the field but of course my own conclusions as a retail specialist. There are several parallels with the examples above, particularly the margin steering from old to new categories.

Also in this case there is a trend – health and well being. To exercise, have your own home gym, jogging, eating healthy. In the sunny parts of the USA this trend goes way back. And who has not been seduced by TV Shop marketing all these fantastic tools that will give you the six pack after only 5 minutes of practicing every day?

As the interest of the consumers has increased you can identify the same movements of categories from traditional to non-tradtional actors. 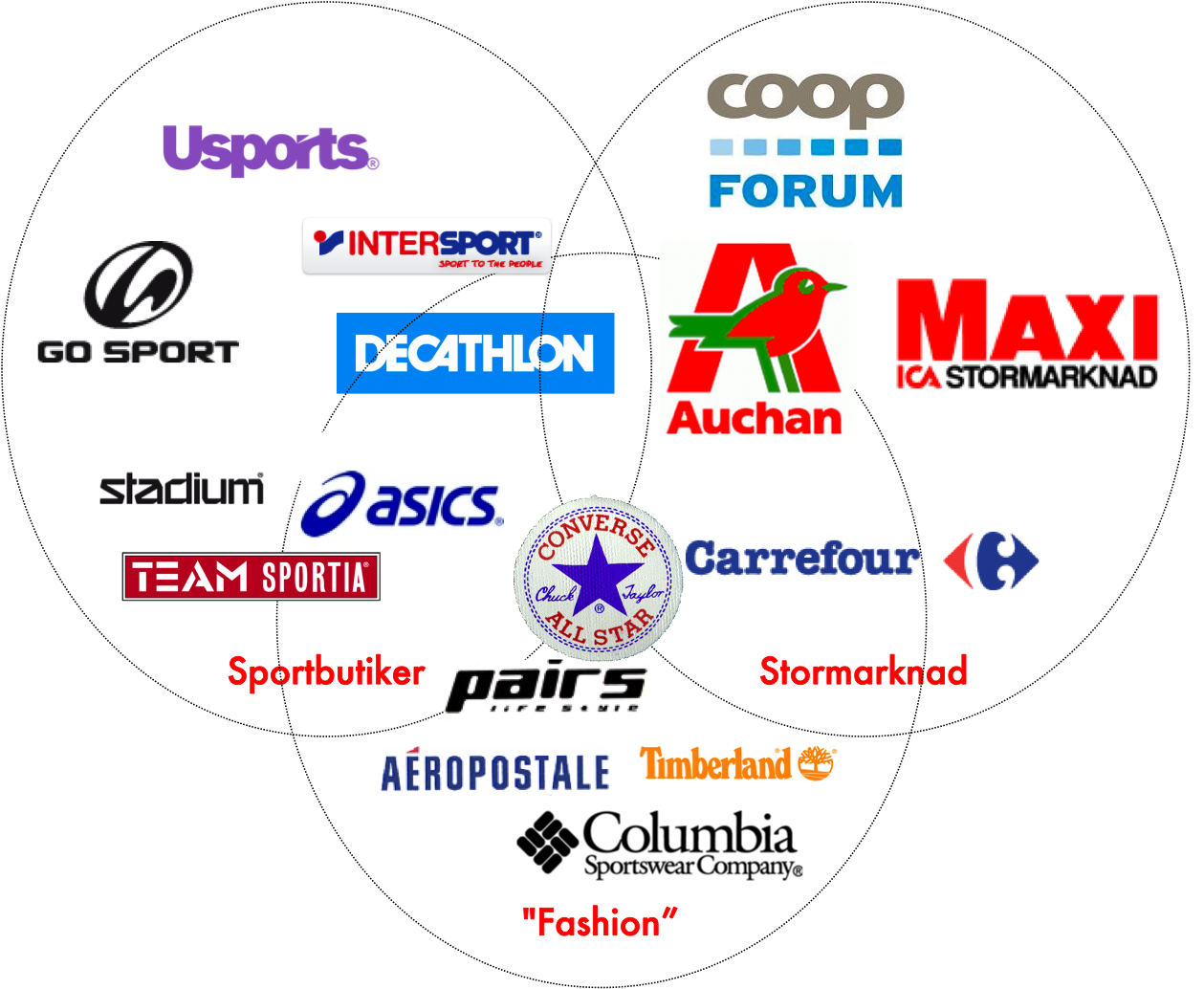 Now we can really talk about getting yourself in to a new competitive situation.

As a product developer or merchandising manager you need to monitor more segments of the market than previously before. As a shop-keeper you don’t any longer face 3 or 4 competitors, you have perhaps more than 20 to regularly monitor in a systematic way! And you don’t know how to find enough time to take care of actually running the shop!

If you cannot understand competition you will end up in denial. The devastating consequences are obvious and will crawl closer to your reality day by day. Eventually the customer will tell you the truth, with their shoes, by going somewhere else, unless you adapt to the new reality.

– This is not comparable quality – according to our specialists and technicians our model is 5,3% better

– We sell a lifestyle – not products

Do you recognise this? We can tell you more!